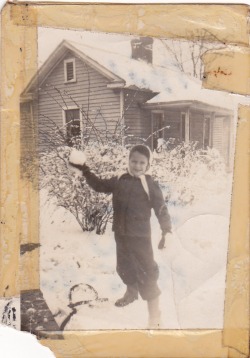 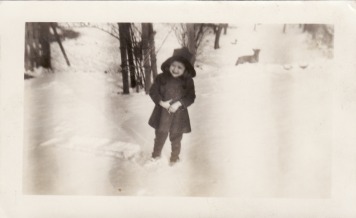 The December holidays were a particularly joyous time in the mill villages.  Many of the villagers remember receiving presents from the Cones.

Brenda Zeigler remembers “one Christmas, the toy was the Sweet Sue Doll and I was getting one…you held it by its hand and it would walk with you.  Only mine didn’t walk anymore, because my daddy and his friends broke it before Christmas morning.  The story they told me was that the doll got sick and its got to go back to the hospital.” 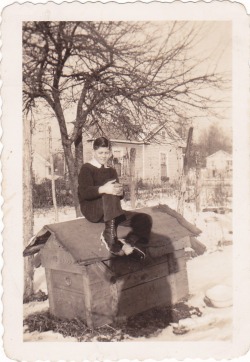 During the winter months, mill villagers had to adapt their homes to the colder temperatures.  January was a time for ordering coal to burn in the kitchen stoves and for unfreezing pipes.

As Paul Dyson remembers: “I do remember that my mom, when we were little, used to take a quilt and hold it up against the fireplace…get it good and warm and then take me or Don and wrap us up in that hot blanket, put us in the bed and put two more blankets over top of us to keep us warm.  And I can remember one of my friends saying one time…that you could lay in bed and look out though the cracks in the wall and see what the weather was outside.  So it gives you an indication of what type of houses that we lived in.  And I can remember one time momma and dad bought wall paper and put it up in one of the bedrooms to sort of close off some of those cracks.”

Pat Smith fondly remembers her father unfreezing the pipes under their home in the mill village, “And cold weather, the pipes would freeze.  And I remember my dad having to…take long sticks and wrap cloth around it, set it on fire and get up under the house and hold them up to the pipes til he got them thawed out.  I was always afraid he was going to burn the house down.  That’s the way they did it.” 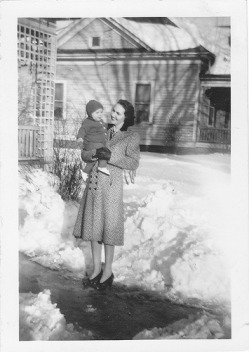 When February rolled around, Cone Mill Villagers developed their own Valentines Day traditions throughout the community.

As Sarah Johnson remembers: “Somethin’ we used to do that people that we’ve talked to, other people not from the mill villages haven’t heard about. We used to throw valentines. Valentine evening after it got dark, we’d have these valentines and we’d go knock on somebody’s door and holler valentine and run and hide. And then, you know of course they’d come to the door and get the valentine, throw it on the porch. And some of them for fun, and my brother I think was one of them, tie strings on the valentine. And the porch bein’ up off of the ground they could get down there under, kinda, the porch and start pulling it when somebody was trying to get the valentine. But that’s something that we have really heard when we talk about it people don’t know what were talking about. [Laughing] But I think all the mill villages did that.”

In this cold month however, Cone Mill Villagers also worked as a community to take care of the sick.

As Kat Allred recalls: “My father got ill and one of the ladies from East White Oak nursed him and he just loved her because she was so good and kind. One of the men did our mowing after we had a home. We lived on Summit Ave there. It wasn’t no conflict if any not much between our village and East White Oak. We were congenial.”

Jim Brewer recounts: “If you came home from school one day and the next morning you woke up and you had a temperature, uh, mother always checked that before dad went to work. So as he went through the gate he would let the watchmen at the gate know that I was sick, and the nurses could diagnose all of the childhood diseases and spot them.”